Welcome to Cyprus, an island of legends that basks year-round in the light of the warm Mediterranean sun. A storied past 10,000 years long has seen civilizations come and go and the likes of everyone from Alexander the Great to Cleopatra stake their claim here – but then, people do tend to get possessive when faced with such beauty. Aphrodite made her home on Cyprus, and travelers throughout antiquity came here just to pay her tribute.

Today Cyprus is a modern country that effortlessly marries European culture with ancient enchantment. Here you will discover a compact world of alluring beaches and fragrant mountain peaks, vineyards studded with olive trees and ancient ruins that stir the imagination, citrus groves and old stone villages where sweet wine flows as freely as conversations at the local café. A carefree place where a sense of timelessness is magnified by the kindness of the people. This official website of the Cyprus Tourism Organisation is designed to be your electronic entry to the quiet beauty of Cyprus in all its dimensions. Step inside for an in-depth look at an island that is as exotic as you imagine – and more accessible than you might think.

Cyprus is the third largest island in the Mediterranean Sea

It has a very high strategic importance. It forms the intersection of three continents; Europe, the Middle East and Africa. Cyprus was a British colony until 1960 when it got its independence. In the year 1974, Cyprus got divided into two separate states – the north part is called TRNC (Turkish Republic of Northern Cyprus) and the south part called The Republic of Cyprus. The boundary separating the two sides is known as the “Green Line” it runs through Nicosia (Lefkosa) the capital of both North and South Cyprus. Nowadays there are five border crossings offering 24-hour unrestricted access for Cypriots and EU citizens to pass through North and South Cyprus.

Tourism in Cyprus is what helps you never get bored throughout the year.

There are a lot of Museums, Mosques, Churches and ancient places to discover. Shipwreck Museum, for example, is where the oldest trading ship ever recovered from sea is. St. Sophia Cathedral, Arap Ahmet mosque, and Bedesten are some of the most considerable places to visit. Bellapais Abbey which was once the home of Lawrence Durrell is arguably one of the most impressive sites in the Mediterranean and indisputably one of the most majestic sites of the island. It is the most impressive Gothic monument in North Cyprus.

For windsurfing, water skiing, mono-skiing, banana riding, kneeboarding, canoeing, wakeboarding, powerboating and jet-skiing the shores and beaches of Northern Cyprus are the place to be! Visitors and owners at Aphrodite Beachfront Village in the Guzelyurt area will have the chance to have lessons from world-class Kite Surfers as part of the Aphrodite Water sports club. Leaving from Kyrenia harbor daily are a variety of boat trips. You can sail out west to Escape the beach and sunbathe; snorkel and swim in the calm shallow waters, or you can sail out east to Alagadi beach and scuba dive or picnic. 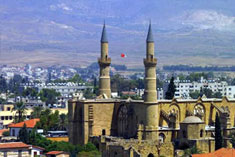 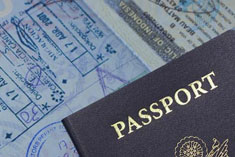 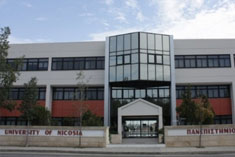