Switzerland’s study abroad programs offer students many options for personal and academic growth. Like many other countries, Switzerland exhibits a strong sense of regionalism that makes it hard to truly define a singular Swiss experience. Switzerland has been influenced in many ways by the German, Italian, and French cultures, but it retains aspects that are uniquely Swiss.

Switzerland is incredibly picturesque, and the country is home to a number of UNESCO World Heritage Sites that encompass sweeping natural landscapes and quaint, historic mountain towns. Switzerland is unique in many ways – the country is isolated, politically neutral, and retains a large amount of financial power. It is also a popular location for international conferences and conventions; most notably, the city of Geneva is home to the United Nations.

What words come to mind when you hear the name Switzerland: central, mountains, lakes, banking, chocolate, technology, yodeling, railroads, or neutral? Switzerland is known for a variety of disparate reasons, but what unites them is a country that embraces the strength that comes from diversity. The Swiss landscape awes visitors from the moment they get a glimpse of those first mountain peaks or stare into the depths of a Swiss lake. Switzerland can boast some of the finest technological research facilities and institutions in the world, but at the same time, they maintain a quaint persona as the home of yodelers and the famous Heidi. And of course, there is the continuing enigma of Switzerland’s position as a ‘neutral’ country despite their centrality in Europe. But perhaps Switzerland’s greatest achievement and the reason they deserve a place in the pantheon of world influencers is their chocolate!

Switzerland is densely populated, with an average of 183 people per square kilometer. However, there are major differences between geographical regions. Switzerland has a population of about 7.4 million. Foreigners account for around 20% of the resident population.

Switzerland is most famous for green hillsides and snowy mountain peaks, but the country offers even more than this. Although Switzerland can indeed offer a unique variety of winter and summer sports activities, metropolitan city adventures and culture should also be added to activities not to miss while in Switzerland.

With its central location, Switzerland is the perfect starting point if you want to discover the rest of Europe. With four official languages, you do not even have to leave Switzerland to get a taste of the different European cultures.

Switzerland is the house of headquarters of the United Nations. 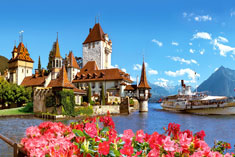 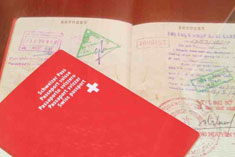 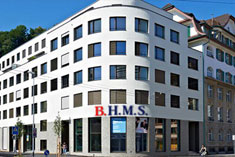