My experience during the time i Seeking to join US University 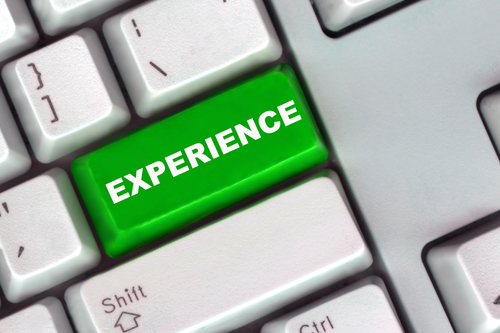 After my first SAT score did not come out as expected, I flew over to Biratnagar to sit for next SAT exam. I had prepared really hard for the standardized tests. I had to score higher in the SAT and the seats were all filled in Kathmandu. I scored 2010 on the second attempt. I got pretty decent TOEFL score of 104 too. The hard work had paid off. Then there came along the demanding tasks of researching about college and writing application essays.

During my preparation, I was visiting USEF at Gyaneshwor and US embassy at Maharajgunj. The former provided large resources for preparation, info sessions and so on. The latter had a library with few test preparation books but many other books and internet connection. The best part about US embassy library was they would allow us to print the materials free of cost. The personnel at USEF always told us not to seek help from the consultancies. I also wanted to do the research on my own. The internet is a great source of information for sure and there are many great sites dedicated to help students find information about the college of their interest .U.S. News provides different types of numerical rankings and lists of colleges. College confidential was one my favorites. I did the research, and I have to admit it was pretty hard going through so many colleges’ websites, emailing them asking if they provide scholarship for international students and so on. And as you know there are literally thousands of colleges in USA.

A list of colleges I thought would be match for me was ready. By early or mid-January I applied to about 6/7 colleges for fall 2015 and the list contained one or two safety colleges and the rest were the top universities in US. Everybody flattered me that I would surely get accepted and get a huge scholarship. But as decisions started to roll out, I did not get the offer from the best ones and I decided not to go to the safety colleges. I even changed my mind about going to US altogether and instead study here in Nepal.

Later one day, I went with a friend of mine to attend an education info session at Bhrikuti Mandap. I was going to the stalls and asking what colleges/universities they had in mind for scores like mine. I, by that time, had already rejected the idea of going to US. So I was taking that as a fun exercise. But one stall made me realize how hard work I had done to achieve the scores and pointed out that there was still a chance that I could apply for spring session. They gave me a card and a name to visit. I was reluctant at first but I thought I would give it a try. The card read Kathmandu Infosys. And the person was Rajendra Rijal. The other day I followed up the address to Dillibazar and asked receptionist if I could see Rajendra sir. After a short Skype communication, I was invited up. We had a great talk. He showed me a list of probable universities. We even followed up in email. He used to talk with university professionals and provide me with lots of information. I had always said NO to the consultancies and here was a consultancy going at a great length to help a student achieve his dream of studying abroad.

I did not go to US due to very personal reasons. But this doesn’t change the fact that I got to learn so many things during the process. I learnt that sometimes it is okay to get help from the people who have already walked the road. It doesn’t, in any way, hurt your independence when you do that but instead shows your resourcefulness. You can always count on a good consultancy when you think of going abroad to study because helping students go abroad is what they excel at. You can always count on Kathmandu Infosys.