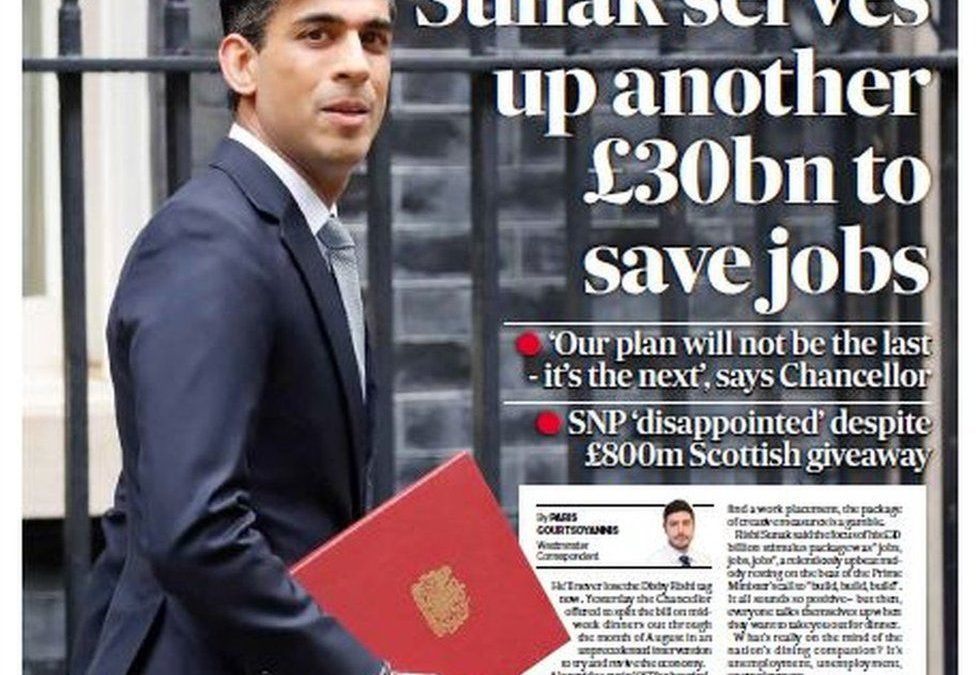 UK Chancellor Rishi Sunak has announced a six-month cut in VAT from 20% to 5% for the hospitality and tourism sectors. He also announced new job retention bonus for employers who bring back furloughed staff.
And also Temporary cut to VAT on food,accommodation and attractions from 20% to 5% is announced.

Speaking to the media afterwards the chancellor said, the government had been right to act “in the way we have during this crisis”.